What's in a name?

In the iconic story Romeo and Juliet, playwright William Shakespeare penned the phrase “What's in a name? That which we call a rose, by any other name would smell as sweet.” In essence saying that the name by which something is called is irrelevant, or has little meaning. And while I agree with him on some level (for instance whether we call it “cheesecake” or “heaven in my mouth”, it still tastes amazing!), I believe there is more to a name. For we are also told that “A great name is better to be chosen than riches”.

Over the course of a lifetime a person becomes known by their name, for better or for worse. To be known as an honorable, respected person has more value in life than to be a scoundrel and have all the money in the world. Throughout history names have been given with great thought and meaning behind them. I’ve known many an animal that lived up to their name – horses named “Buck” or “Sassy” for instance or a dog named Loki (the Norse god of mischief). Or businesses whose names communicate something deeper and give an insight into their mission and founding principles. And people’s names are no different.

I love it when clients come to me with brand new babies who have beautiful stories behind their names. Some have been named after close relatives and we have been able to incorporate that into sessions, like sweet little Lucy Margaret below. She was named after two of her grandmas.

Lucy MargaretNamed after her grandmothers Lucy and Margaret, her name carries on their legacy.

Others come with a “name verse” or a “life verse” - a piece of scripture from which the meaning of their name is derived and the essence of which is the prayer their parents have for their child’s life.

My most recent newborn had a particularly awesome sounding name – “Gideon Zion”. The name in and of itself is pretty cool, but I was curious about the meaning and the story behind it, so I asked Dad to fill me in. Here is what he had to say:

“Our faith is the cornerstone of our lives and relationship. It was important to us to choose a strong biblical name to have a namesake that transcends time. Gideon is a name of Hebrew origin, meaning mighty warrior. Zion is referred to as the city of Jerusalem, the word itself means fortification.

To us Gideon Zion titles our son as a mighty warrior of the city of God, protector of the kingdom.

When Joshua (Dad) read the story of Gideon in the Bible for the first time he delighted in the uniqueness and it that forever left an imprint. He desired this to be his first born sons name for years, as Gideon was the leader of the "original 300" because he led 300 men up against insurmountable odds. (Side note... much to our surprise, I (Joshua) was reading the story of Gideon and noticed a detail that was quite hilarious. In the bible, his father's name... Joash. Haha)

Neither of us have come across a Gideon in our lives and that just adds to the unique quality that we craved.” 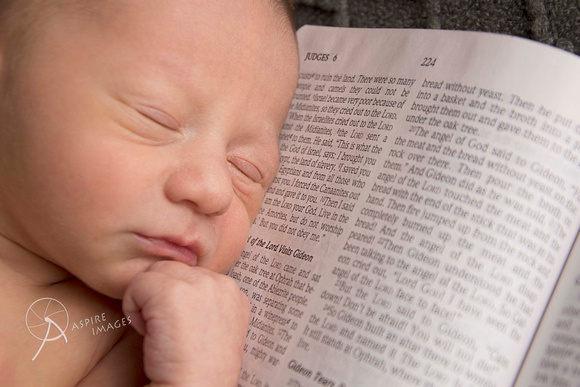 Gideon ZionTo us Gideon Zion titles our son as a mighty warrior of the city of God, protector of the kingdom.

And then there is my sweet friend’s baby girl, Arilee Noelle. Her name comes from 1 John 4:9-11 and here is what her mom has to say about it:

"This is how God showed his love among us: He sent his one and only Son into the world that we might live through him. 10 This is love: not that we loved God, but that he loved us and sent his Son as an atoning sacrifice for our sins. 11 Dear friends, since God so loved us, we also ought to love one another."

We hope Arilee always remembers that she is beloved, and if she ever struggles to believe it, that she will go back to the truth of this verse to be reminded that Christ proved his forever love for her by coming to earth so she can have life in him. And, we hope that assurance motivates her to love others with Christ's love. 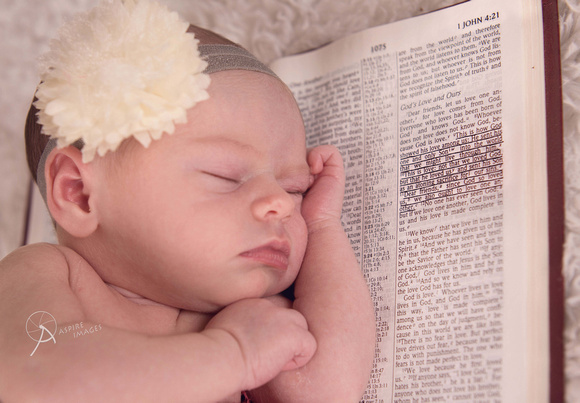 Arilee NoelleArilee Noelle means "Beloved of Christ's Coming," which comes from this verse in 1 John 4:9-11

Not only are they unique and beautiful names, but they are such powerful and thoughtful names that claim purpose and set a firm foundation for an intentional life! Intentionality behind a name brings with it a greater sense of purpose and a life mission. Where there is intentionality, there is direction and focus.

So what’s in a name, really? The answer should be “a LOT!”

Be intentional, friends! Stay focused and live with purpose!

And check back in next time to learn about the meaning behind and process of naming Aspire Images!